Kiloh now runs free with our other horses that run free on 380 acres. Our horse colt Kiloh was gelded a few weeks ago. We waited until he was completely healed before letting him out with the other horses.

I’m so glad alpacas are easier going than the horses when it comes to introducing a new member into the herd. The alpacas will greet a new member and welcome them into the family. However with alpacas the pecking order becomes obvious when they are at the food trough otherwise there’s not much action.

The horses on the other hand are tough when it comes to introducing a new member to their herd, especially the geldings. I knew when Dave was ready to turn Kiloh out that there would be some action so I ran for my camera. The following is Kiloh’s story…

Dave let the other horses come up to the fence so they could meet Kiloh. Stormy, Susie, and Woody were the first ones to come up and greet him. We have really sweet horses but unfortunately there is a pecking order and it’s tough when you’re low man on the totem pole in the horse world.

Kiloh’s been wanting to run with the other horses for a long time. We couldn’t let him out until he was gelded. The long wait was over and he was so happy as he went through the gate.

Dave had to get out of the way quickly. Ike is the gelding with his neck bowed in the front of the reality picture. Ike thinks he’s a stud horse. He didn’t want Kiloh around at all.

Ike jumped up and bit Kiloh on his back. Then Woody turned around and kicked Kiloh as well. He was getting beat up from all sides. The whole time I was yelling “Run Kiloh run!”. I knew it wasn’t going to be easy for our colt.

Kiloh couldn’t get away fast enough. He ran away from the herd.

Maggie and the other girls stood there and watched. Poor Kiloh wasn’t welcome in the horse family. Instead he got the cold boot or should I say the cold horse shoe!

Ike ran Kiloh off into the woods. He was banished from the herd.

Poor Kiloh… oh my heart just broke as I watched him run away. He wanted to make friends and be accepted so badly. The sad reality is there is a pecking order and lets face it he’s at the bottom of it.

It will take the horses quite awhile before they accept Kiloh into the herd. Over time the herd will let him get a little closer and eventually he will be accepted. In the mean time he has to keep a safe distance. We’ll keep a close eye on him to make sure he’s ok. Life is tough sometimes but he’ll get through it. 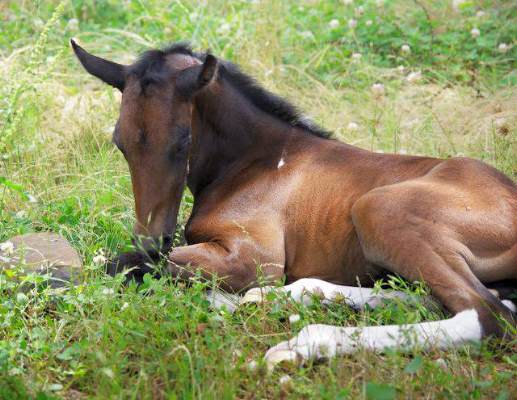 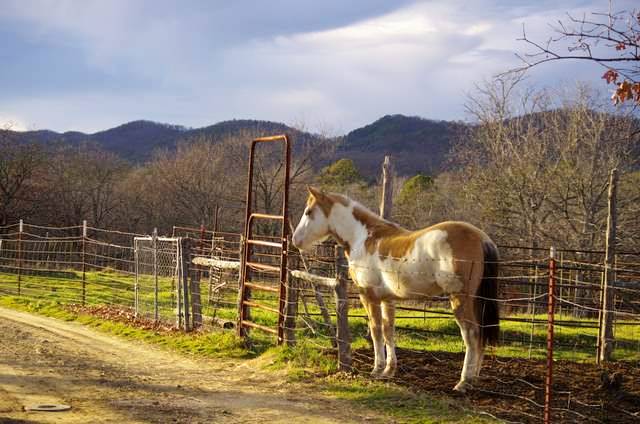