Yesterday I found a US 1899 Barber Quarter in one of our alpaca pens. I am very excited about this find because of the possible previous owner of this particular old quarter. About 100 years ago a very famous man, Mato Kosyk aka Mathew Kossick, built the house we still live in today. He purchased this land in the Potato Hills, by Albion, Oklahoma in 1908 and built the house in 1913. Mato Kosyk was the greatest Lower Sorbian poet and one of the leading figures of Sorbian literature.

Mato Kosyk was from a small race, called the Wends. He wrote several volumes of poetry in the Wendish language. Thanks to Professor Roland Marti, whom we met several years ago, translated quite a few of Mato Kosyk’s work into English. I thought there would be much lost in translation but the poems that Professor Marti translated were absolutely beautiful. Well I am honored to find such a wonderful treasure in the pasture among my precious treasures… my alpacas.

FYI – If you’re wondering why it is called the Barber quarter… the liberty head design was created by Chief Engraver Charles Barber. Barber’s design was not only on the quarter it was also on the dime and half dollar from 1892-1916. I read somewhere that they are 90% silver and 10% copper… just in case you were wondering. 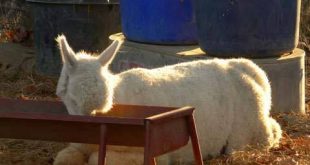